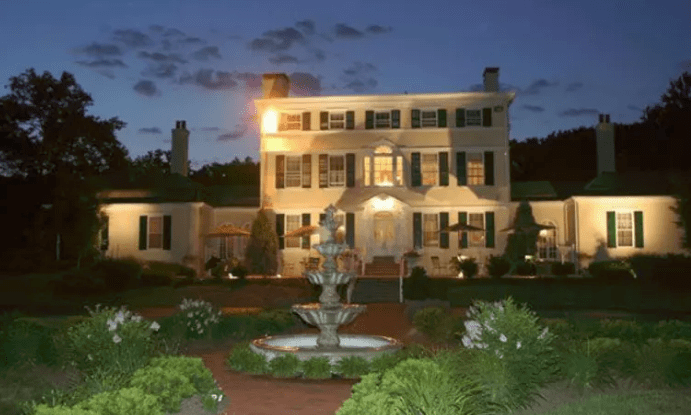 In Bucks County, trees and plants may die back during the fall, but the legends never do. In fact, in the fall season, centuries-old tales of ghosts and otherworldly happenings come more alive than ever. After all, the area is rich with history, and spectral rumors tend to come with the territory. Here is a compilation of some places with haunted backstories.

Wedgwood Inn Bed and Breakfast – New Hope
The Inn dates back to the late 1800’s, however the grounds on which it was built already made history as a camping ground for George Washington before the famous Delaware River crossing. This may have implications in the location’s haunted status, but the most well-known phantom is that of a young slave girl named Sarah. Not much is known regarding how Sarah died, but she reportedly stayed at the Inn as part of her route along the Underground Railroad. She is said to appear to other young girls and tell them her story.

Growden Mansion – Bensalem
Like many places with three centuries of history behind it, this manor is enveloped in legend. Situated along the Neshaminy Creek, it is said this is where Benjamin Franklin conducted his world-famous kite experiment. Not only that, there have been anecdotal reports of ghostly apparitions of a figure flying a kite on rainy nights. In addition, there are also accounts of battle sounds being heard by the trenches surrounding the house. Some say these are otherworldly echoes from the Revolutionary War.

Logan Inn – New Hope
Many people report feeling a bizarre presence or queasiness whilst in the Logan Inn, and given its historical significance, this barely comes as a surprise. This centuries-old landmark has survived the Revolutionary and Civil War, but is reportedly haunted by many soldiers who did not. Some claim to see a Revolutionary War-era figure beating a drum throughout the establishment, while others report seeing inexplicable dancing orbs.

Perhaps the most notoriously haunted part of the house is Room 6, otherwise known as “Emily’s Room," allegedly taking its name after the mother of a previous owner. Reports range from sightings of figures in the mirror to sensations of pressure in the chests of inhabitants while they sleep, often times resulting in guests deciding to prematurely end their stay.

Pen Ryn Mansion – Bensalem
A 250-year-old Victorian mansion, the Pen Ryn is enshrouded in ghostly mythos. The house was once owned by a British-supporting family, whom had become reclusive after the Revolutionary War. The son of the family, Robert, was said to have fallen in love with a woman who opposed British rule. This infuriated his father, who promptly forbade them from seeing each other. As legend has it, an emotionally distraught Robert then waded out into the river where he drowned. He and his lover are said to haunt the grounds, making ghostly appearances around the fall and winter seasons.

The Black Bass Hotel – Lumberville
This hotel is what some may consider the “crown Jewel” of haunted locations in Bucks County. It has become associated with many different ghostly legends, notably the “Woman in White," who has been seen wandering the halls as well as sitting in a guest room holding a revolver. According to legend, this is the ghost of a woman who found her cheating husband in a room with his mistress. Embroiled with vengeance, the woman then killed them both and then turned the gun on herself. Witnesses claim that her apparitions are accompanied by the smell of lavender.

The Continental Tavern – Yardley
This tavern in Yardley regales the community with food and drinks, but also tales of its haunted history. The pub was established in 1864, served as a stop along the Underground Railroad and also bore witness to two murders within its lifetime. Spine-tingling reports of the paranormal by the staff of the tavern are exchanged as casually as hellos, just to give an idea of how strong the spiritual presences are here. The Continental also generally hosts events in the Halloween season, so stay tuned to see what's in store this year.